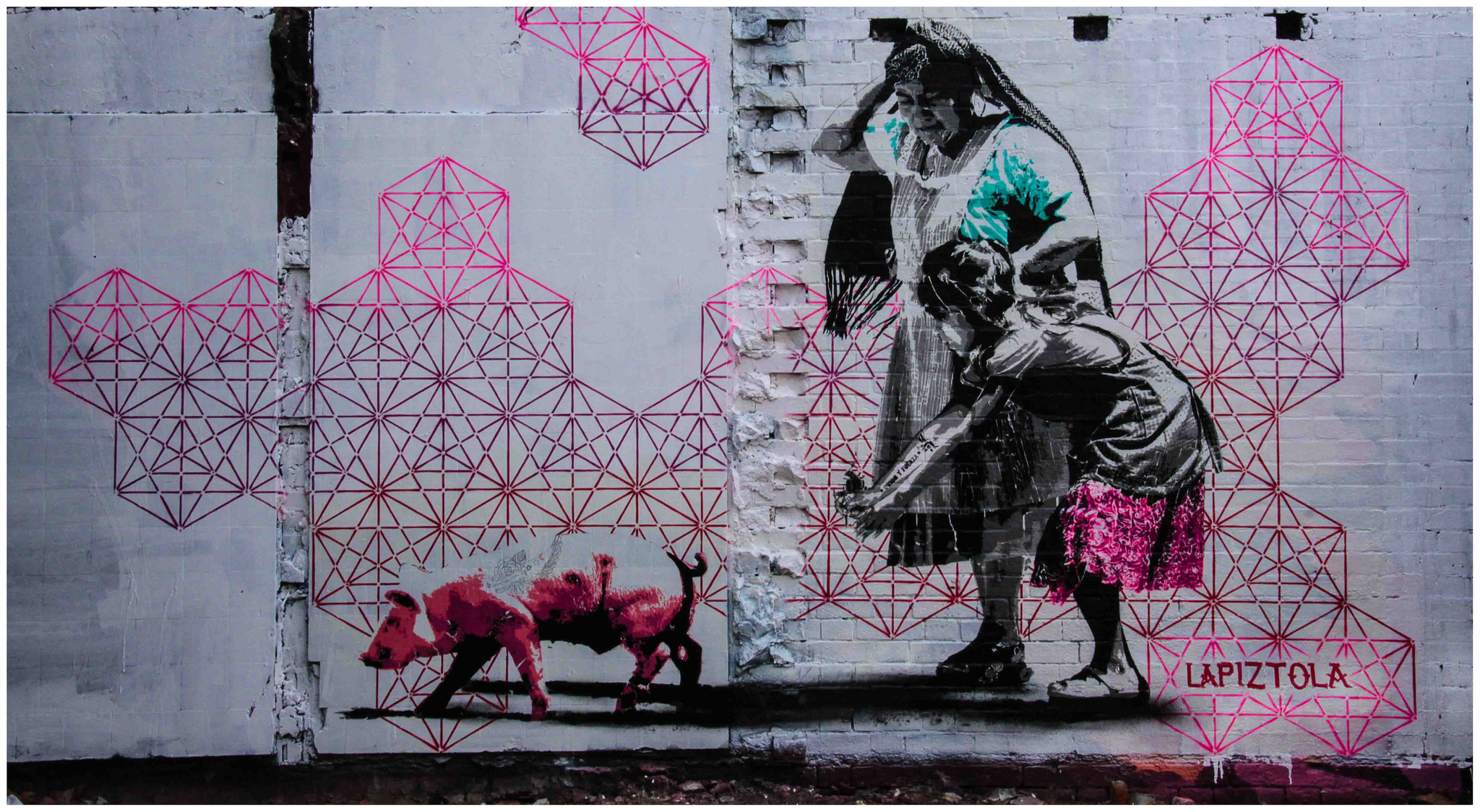 The SOUQ Film Festival is honored to announce the official line-up for the 2016 event, taking place on November 4th, 5th and 6th at the Cloister “Nina Vinchi” of Piccolo Teatro Grassi, in Milan.

They are 24 short films from 15 countries, focusing on prisoner’s justice, mental health, immigration and equality, to celebrate richness and diversity and promote a culture of inclusion and understanding.

The mission of SOUQ FILM FESTIVAL (SFF) – Urban Suffering on Films – is to explore the theme of Urban Suffering in its broadest sense by showcasing a collection of fiction and documentary short films from emerging as well as established filmmakers. The festival believes that promoting films that tackle prisoner’s justice, mental health, immigration and equality issues is a means to celebrate richness and diversity, to dispel negative stereotypes and to promote a culture of inclusion and understanding.
The fifth edition of the festival, organized by Urban Suffering Studies Center – Fondazione Casa della Carità under the patronage of the Municipality of Milano and in cooperation with Piccolo Teatro of Milan, will be held at the prestigious location of Chiostro Nina Vinchi of the Piccolo Teatro di Milano on November 4-6, 2016.

The competition is open to short films from any country to a maximum length of 30 minutes (including opening and closing credits) in 2 different categories: documentary and fiction. Any genre is accepted.
There is no restriction for the entry of films which have participated in previous competitions, festivals or similar events, or which have previously received an award. There is no restriction in the number of entries one can submit to this contest, but each one must be accompanied by its own completed submission form and entry fee.
The shooting formats of the films can be analog or digital.
The preview formats for submission are 2 and both must be provided: a DVD screening copy and a digital online screener (or a link to an online accessible digital preview screener). (See details at Article 3).
The exhibition format is the digital one. (See details at Article 5).

Admission fee
The application process (including entry fee payment) has to be completed online using the Withoutabox service (http://www.withoutabox.com). Admission is subject to the payment of an entry fee of € 20/25 (“Earlybird” and “Regular” registration deadlines, respectively) for film submitted NOT LATER THAN July 30, 2016. Participants who miss these deadlines still have a chance to enter the competition late as the competition’s set date allows it. Hence, there will be available a late registration deadline at a higher fee until October 12, 2016. To avoid this extra fee the festival would recommend filmmakers to enter the competition as early as possible.
Preview screeners
The preview formats for submission are 2: a DVD screening copy and a digital online screener (or a link to an online accessible digital preview screener).
• The preview DVD* should be sent to the following address, including the title of the film, the running time and the tracking number:
SOUQ STUDY CENTRE FOR URBAN SUFFERING
Via Brambilla, 8/10 – 20128 Milan – Italy
If the DVD is not available in PAL the submitter is asked to contact the festival at info@souqfilmfestival.net.
and marked as: “For cultural purposes only – No commercial value”.
• The digital screener can be provided by using the Secure Online Screener supplied by Withoutabox (preferably), or by using a private Vimeo link to the film.
Other items required
All entries should be accompanied at the moment of submission by a 50-words synopsis of the film (in English for non-Italian speaking films).
All non-Italian (or English) language submitted films must be provided with English subtitles for festival presentation.
A dialogue list of the film in English and the original language (for non-English films), if not provided previously, must be sent electronically to the festival by October 20, 2016.
Moreover, a complete submission must comprise the following items: a biography of the director, 2 production still photos, a photo of the director (both in high quality .jpeg) and a director’s statement on the film.
At any stage of the competition, the films that are understood to be falling short of any of the requirements mentioned above will be disqualified.

Works properly delivered NO LATER THAN October 12, 2016, dealing with the theme of the festival (see details at “Typology of products admitted”), will be evaluated for entering the 2016 SOUQ competition. Audiovisual works will be viewed and selected by a committee composed of experts. The works selected for the fifth SOUQ FILM FESTIVAL will be screened at Chiostro Nina Vinchi of the Piccolo Teatro diMilano with proper advertising and promotion, subject to prior notification to the authors.
The official selection will be announced approximately October 15, 2016 through Withoutabox and published on http://www.souqfilmfestival.net. A notification will be issued by email to the submitter or the director of the film.

The Selection Committee of the festival reserves the sole right to decide which films will be admitted to competition. Its decisions are final in all matters and no further correspondence or attempts to dispute the competition and the decisions taken in that regard will be entertained.
Selected short films: upon acceptance, filmmakers must make arrangements with festival staff to send immediately at their own expense the digital file of the film in accordance with the specifications needed for subtitling and exhibition.
Technical specifications
format: .mov, .mp4 or .m4v;
resolution: 1080p or 720p;
codec: h264;
audio: stereo.

The jury will be elected by the Selection Committee. The jury members will be called to evaluate the works presented during the festival and award the winner films. The jury members are filmmakers, journalists, film experts and personalities from the world of culture. Their judgment will be made public during the award ceremony. The members for the 2016 competition will be shortly announced on the festival’s website.
The most important acknowledgement is the Jury Award. It will consist of a money award of 1500 Euro. In addition, the Audience Award will be granted. It will also comprise a money prize of 1000 Euro. Special Mention Plaque may be awarded at the discretion of the Jury.

Admission and participation to the festival are subject to these additional conditions:
1. that the film does not violate human rights in any way;
2. that the submitter acting on behalf of the director/producer owns all rights to the film*(including screening rights) and has not surrendered them to any distributor or any other institution at the time of entering the competition; that otherwise he would promptly notify the organizers of the Festival of the circumstances and it will be his own responsibility to obtain the necessary permission for his entry. On the contrary, the short film will be disqualified from the competition;
3. that the writer/producer surrenders all rights of use (and screening) of his short film to the organizers of the festival for the smooth performance of the same and for the duration of the event; and that accepts that the short film shall be used by the festival for promotional and cultural purposes also after the conclusion of the event;
4. that the writer/producer accepts that the preview DVDs shall remain the property of the festival. It will be available to the video library of SOUQ and will be used for educational and promotional purposes;
5. that the entrant will be responsible for all shipping fees, unless otherwise stated in agreement with the festival organizers;
6. that the entrant will be responsible for any shipping insurance;
7. that the entrant has read, understood and accepted the Rules and Regulations of the competition. Entry in itself – that is run through the Withoutabox system, where all the terms and conditions are also outlined – constitutes agreement with these Rules and Regulations.
In case of dispute any problem will be referred to the Court of Milan.
The personal data will be processed as provided by the Italian Data Protection Act (no. 675 of 31/12/1996) and subsequent amendments thereto.

*In agreement with Italian legislation and in particular the administrative Decree no. 633 of April 22, 1941 – Protection of royalties and other related rights and their amendments.